as a movie fan, I’ve enjoyed watching the Oscars since I was a kid. I enjoy them even more these days knowing I can fast-forward past all the blah moments and get right to the good stuff…. the big awards (Best Actor/Actress – Supporting Actor/Actress – Film of the Year), the presenters and tributes. this year, I was so very disappointed when Eddie Murphy backed out as host (thanks a lot Brett Ratner) but as I watched the red carpet arrivals last night (always a must) followed by the main event, I still found some favorite moments to share:

Gwyneth Paltrow on the red carpet: 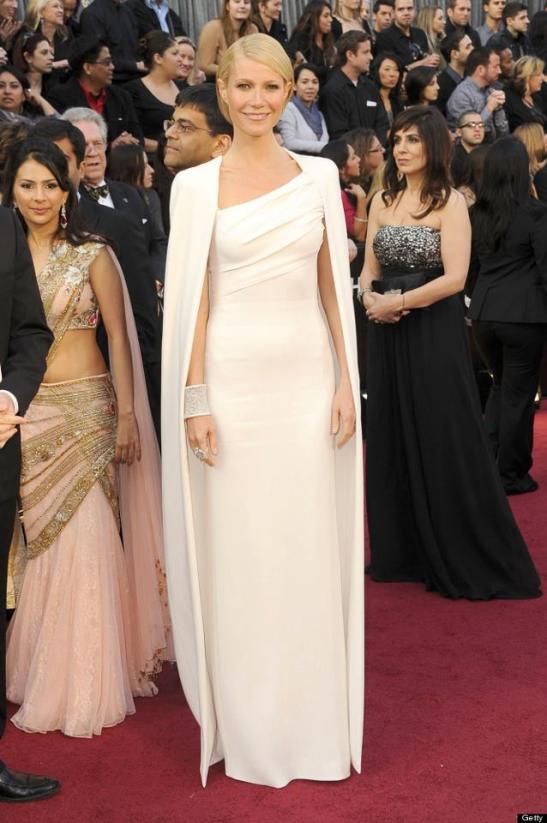 few women can pull off all white and even fewer can work a freakin’ cape. Gwyneth looks stunning, sleek and classic and yet it’s all so simple really. love this look!

Viola Davis and her new do:

Viola Davis has been a familiar face for years so she’s hardly a newcomer to this hollywood thing but she really stood out this awards season by putting her fabulous fashion sense on major display. she’s not afraid of color and wears it beautifully but she recently sported her natural hair in a cropped cut at the Essence luncheon and again at the Oscars and WOW! now she really looks like herself as the new do seems to capture her personality. at 46, Viola keeps herself in great shape yet the cut somehow makes her look even younger.

her Vera Wang dress showed off her physique, complimented her new hair and played up the red undertones in her skin to glowing perfection. favorite.

though it came as no surprise she took home the gold statue last night, it was well-deserved for an amazing performance indeed. like Viola, Octavia Spencer is a familiar face in film and television but often billed as woman in hospital bed, nurse, or office clerk. now and forever, she’ll be known as Oscar Winner, and that’s the best damn billing any actor can achieve. congrats to her! 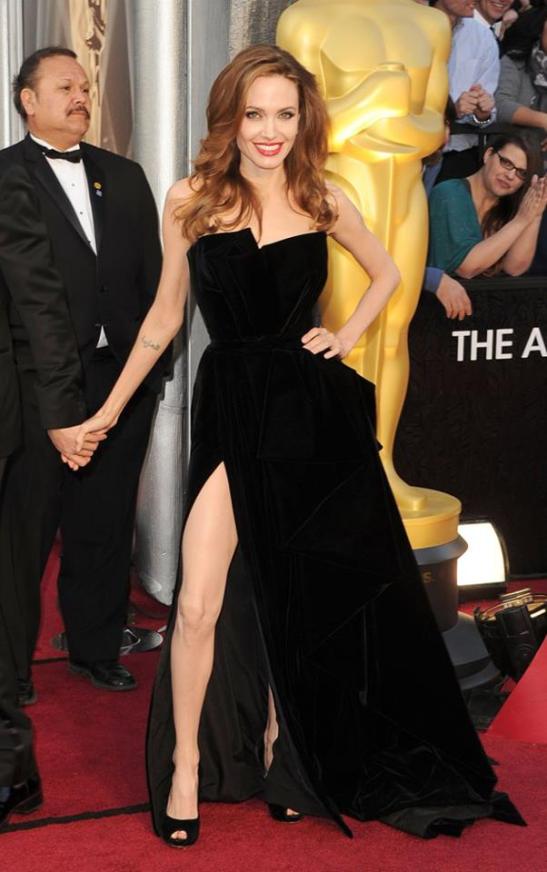 here she is on the red carpet but she struck the same stunna pose as she presented an award during the show. there’s lots of talk today on the web about whether it was a thumbs up or thumbs down. personally, I’ve loved Angelina Jolie since Gia – she’s a good actress and walks to the beat of her own drummer. she reminds me of Madonna in the sense of bad girl gone good with age and maturity (as should be the case). she’s usually all quiet and smiley with her boo on her arm so to see her pull a bold stunt like this was entertaining and made me wonder about the story behind it. was it some sort of dare between her & Brad? did she just feel like reminding everyone who the eff’ she is? either way, it added a lil spice to a rather humdrum evening and made me say, ‘go head Angie!’, from my couch so thumbs-up in my opinion. 🙂 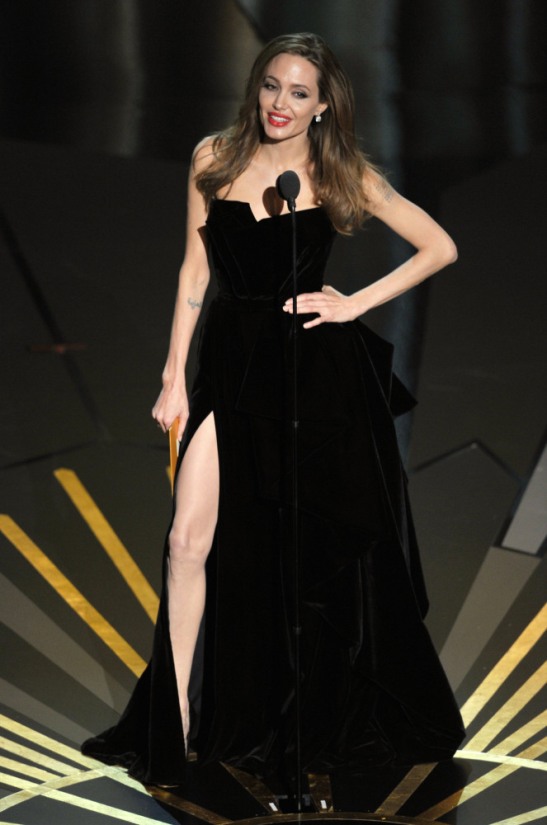 Meryl Streep’s win for Best Actress and her speech:

Meryl is one of my favorite actresses of all time! I was rooting for Viola but she couldn’t have lost to a better nominee. AND she thanked her husband first instead of last, brought a little tear to the eyes of those watching. such a class act, what’s not to love about Meryl!

“When they called my name, I had this feeling I could hear half of America going, ‘Ohhh, no,'” the ever-delightful Streep said during her acceptance speech. She went on to tearfully thank her husband.

Streep won the award for playing Margaret Thatcher in “The Iron Lady,” following her reign as Britain’s Prime Minister and into her more troubled twilight years. this win ends her 29-year losing streak; the last time Streep took home a trophy was in 1983 for her role in “Sophie’s Choice.”

Esperanza, a Grammy-Award winning singer, performed during the “In Memoriam” tribute to the fallen stars of the industry including Elizabeth Taylor, Steve Jobs, Jane Russell, Whitney Houston and more. Spalding sang a tear jerking rendition of Louis Armstrong’s “What a Wonderful World.” my class had to sing this song at my eighth-grade graduation ceremony and I’ve loved it ever since.

audio of the performance below: 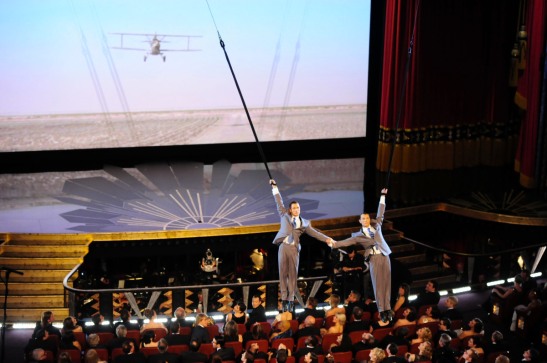 did you watch the Oscars?
any favorite moments?