Black History Month is drawing to a close. I’ve always had my reservations about BHM, because if you’re black, it’s never just a month, it’s life with all of its historical elements in place. just as I assume is the case for all other nationalities.

nevertheless, I’ve highlighted African-American beauty pioneers and talents this month because I wanted to acknowledge, educate and celebrate in my own way. and will continue to do so, since I find history so intriguing, especially when I can see myself within it. I’ve kept the last two entries focused on contributions to the beauty community. but I’d also like to share the story of a young woman unrelated to the world of beauty but whose life story is too intriguing to pass up.

Sarah Forbes Bonetta was a child born into a royal West African dynasty. She was orphaned in 1848, when her parents were killed in a brutal Nigerian slave-hunting war. She was captured and later given to Queen Victoria by Captain Fredrick. E. Forbes of the Royal Navy who received Sarah as a gift from King Ghezo of Dahomey. Mr. Forbes then gave her to Queen Victoria as a “gift”. Forbes later wrote in his journal, “She would be a present from the King of the blacks to the Queen of the Whites”.

The Queen was immediately impressed by Sarah’s natural regal manner, exceptional intelligence and gift for academic studies, literature, art and music. Sarah became a regular visitor to Windsor Castle as her genius became admired throughout the royal court.  She continued to outshine her tutors, displaying advanced knowledge in all studies as she divided her life between the royal household and Sierra Leone where she was educated. 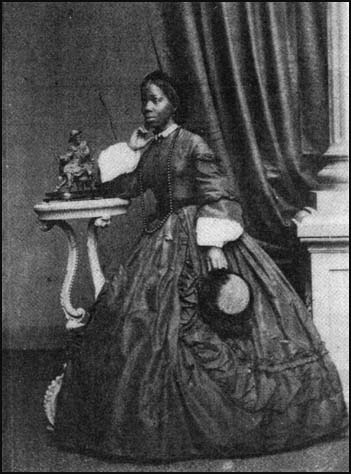 Sarah was raised as Queen Victoria’s goddaughter in the British middle class and obtained her education by attending the Church Missionary Society and the Female Institution in Freetown, Sierra Leone. 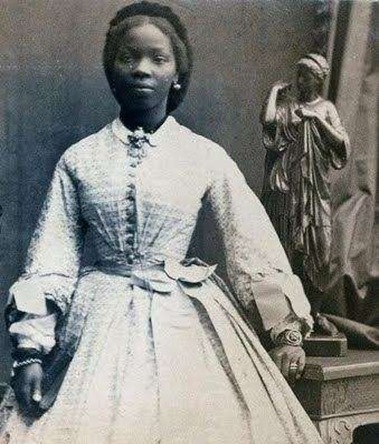 At the age of 18, Sarah received a proposal from James Pinson Labulo Davies, a 31-year-old Yoruba businessman of considerable wealth who was living in Britain. She initially refused his proposal and it is reported that in order to persuade her to accept, Sarah was sent to live with two elderly women in Brighton whose house she described as a “desolate little pig sty”.

In August 1862, Sarah was sanctioned by Queen Victoria to marry James Pinson Labulo Davies at Nicholas Church in Brighton. The wedding party, was an extravagant affair. The notice of Sarah’s arrival was accompanied by ten horse-drawn carriages. There were sixteen bridesmaids and the wedding was made up of white ladies with African gentlemen, and African ladies with white gentlemen. The couple later moved back to their native Yorubaland after their wedding where Sarah was baptised at a church in the town of Badagry, Lagos.

Shortly after her marriage, Sarah gave birth to a daughter and was granted permission by the Queen to name the child Victoria – the Queen also became her Godmother. 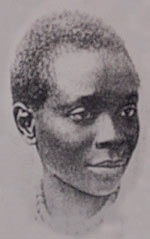 Sarah visited the Queen in 1867 with her daughter and then returned to Lagos where she had two more children.

James Davies became very concerned about Sarah having a bad cough that would not go away, and she was later diagnosed with tuberculosis. Sarah died in 1880. She was only 37 years old.

Later, upon Sarah’s death the Queen wrote in her diary: “Saw poor Victoria Davies, my black godchild, who learnt this morning of the death of her dear mother”. So proud was Queen Victoria of Sarah’s daughter, that when she passed her music examination, teachers and children were granted the day off as a holiday.

Sarah’s daughter Victoria was given an annuity by the Queen and she continued to visit the royal household throughout her life.

In his journal Captain Forbes gave an account of his mission with relation to Miss Bonetta, I’ve included a brief edited excerpt below.

❝………..one of the captives of this dreadful slave-hunt was this interesting girl. …….Of her own history she was only a confused idea. Her parents were decapitated; her brother and sisters she knows not what their fate might have been. ……….For her age supposed to be eight years. She is a perfect genius; she now speaks English well, and has great talent for music. She has won the affections, with but few exceptions, of all who have known her, she is far in advance of any white child of her age, in aptness of learning, and strength of mind and affection: and with her, been an excellent specimens of the Negro race.❞

As I stumbled across the life of Sarah Forbes Bonetta Davies while browsing the web some months ago, I found her story completely incredible given the era in which it occurred. I wish she had journaled her experiences so we’d have a first hand account of the life she lived and her outlook on it. Orphaned so young, presented as a “gift” and raised amongst strangers yet treated with such high regard to a life of riches and access. I have many curiosities about her life but mainly, I wonder if Sarah felt as privileged as the life set before her or if she felt possessed, just like the things she owned.

This entry was posted on February 27, 2012 by suite7beautytalk in Uncategorized and tagged black history month, Queen Victoria, Sarah Forbes Bonetta.