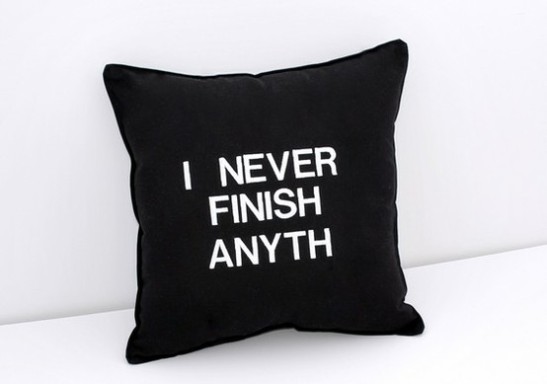 Ever just get sick of being so wishy-washy and decide enough is ENOUGH! Ever get tired of constantly going back on your word, simply because giving in is so much easier than resisting temptation? Yea, me too.

But I’ve had enough!

And it’s never the kind of change we gladly welcome, like, “oh I won a gazillion dollars yesterday, guess whose life is bout to change!!“. No, it’s always something far more difficult and until its done, not that enjoyable. But, it’s something I’ve toyed with for some time now, and although I’ve made a few changes (albeit some pretty big ones), I have lots left to do. LOTS. And it’s not easy, but real change never is. We’ve all been there…. wanting to do better, but the slightest memory can trigger an impulse and before we know it, we’re back on first base wishing and dreaming of another homer. But not this time. This time, I will do it. I MUST! {shakes fist}

So, why is change such a difficult thing? Aren’t we, as grown adults, capable of controlling ourselves all the time?

Yup, there’s your answer. Not at all.

It’s been proven that willpower is a limited resource. Countless studies have shown that people only have so much of it. Self-control is like a muscle that must be exercised in order to improve and gain strength to effectively serve its purpose. Experts say that you must anticipate times of low-self control and plan accordingly so you know what you’re up against.

An example of this would be to avoid grocery shopping on an empty stomach. I remember my mother saying this constantly during my childhood and she was right. Ever try it? You end up with a cart full of crap and once you’ve eaten and your clarity restored, you come across those impulse buys in your kitchen & ask yourself, “why’d the hell I buy this?” Aah yes, I was starving, anxious and somewhat delirious at the time, which is why Braunschweiger is still sitting in my fridge, mostly untouched. Mostly.

So don’t feel bad when you slip up while battling the ugly monster-twins Willpower & Self-control. We’re all human, mistakes will be made but progress is still possible. And at the end of the day, gradual gains are the true marker of success.

Despite the instantaneous world we live in, one that lets us skip commercials, microwave 70% of our food choices, have complete conversations without ever speaking to anyone and enter a doctor’s office only to exit 20 minutes later practically unrecognizable,  let’s not lose faith in the power of gradual. It always wins in the end. 🙂

This entry was posted on December 21, 2012 by suite7beautytalk in Change, MUSINGS and tagged Braunschweiger, change, Gradual, Green beauty, Green living, Self control, Willpower.